Jack Daniels distillery, located in Lynchburg, TN has been pumping out whiskey goodness for more than a century. Jack Daniels, owed by Brown-Forman Corporation, pays approximately $1.5M in taxes which accounts for a full 1/3 of the Moore County tax base. They are also the largest employer in the county. 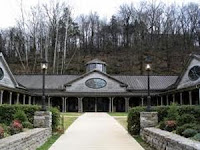 The local government sees Jack Daniels as a cash cow and now proposes an increase in taxes on Jack Daniels Tennessee Whiskey. The tax equates to a "pittance" 3.4 cents on each bottle of Jack. Well that pittance adds up to a whopping $4M a year in additional tax revenue as the distillery sells in excess of 100 million bottles a year.

Now, just to do some simple math, this additional revenue would actually add up to MORE than the current county budget to the tune of an extra $1M. A local concerned citizen stated (who of course is cheering on the increased taxes) that the county is "entitled" to more money because the distillery uses the small sleepy town image to sell it's product. Oh, and let's not forget that Jack Daniels attracts over a quarter million visitors to Moore County each year. In fact, the Jack Daniels website features local attractions and eatery's there in Lynchburg. I call that being a good neighbor. 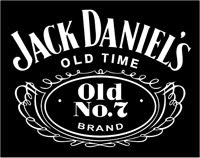 of the retail price on a bottle of Jack Daniels comes from taxes. Tommy Beam is none too happy about the proposed increase and has stated that the addition of $4-$5M in increased taxes is going to make it harder for them to compete, grow and take on additional staff.

Tommy Beam believes that the idea of taxing due to success is fundamentally unfair. "That's not free enterprise and that's not what this country was built on." he said. "I saw a quote the other day that said that a person used to look at a successful person and say now, what do I have to do to become like that? Whereas now, they might look at him and say, what can I do to get what they've got." What's next? #OccupyLynchburg?
Posted by Greg at 9:37 PM