Dragon's Milk - It's good to be the King

In the movie "History of the World Part 1" Mel Brooks proclaimed "It's good to be the king" but I dont' think he was talking about beer. In the 17th century, beer reserved for royalty was referred to as “Dragon’s Milk”. New Holland Brewing Company’s Dragon’s Milk is a very nice example of a beer aged in used bourbon barrels. There are a number of breweries that use bourbon barrels for aging strong ales; e.g. Goose Island and Founders to name a couple. This particular beer sits in used bourbon barrels from 80-100+ days with the barrel only being used once for Dragon’s Milk. Back in October I was introduced to Founders Backwoods Bastard which was an instant hit with me and I quickly went on the hunt for more bottles. I opened the Dragon’s Milk this past weekend and noted the similarity to Backwoods; caramel, vanilla, malt, chocolate and bourbon. To me, this is a very good beer if you like strong ale aged in bourbon barrels. An aggressi 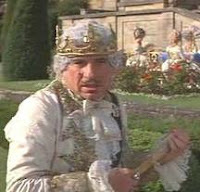 ve pour produced a caramel colored head about an inch thick and the lacing stayed consistent as I emptied the glass. I’ve only seen this in the 22oz bomber bottle so that may be your only choice. I spread my enjoyment over 2 days since this particular brew comes in at 10% ABV. This is listed as a seasonal beer yet the New Holland website shows Dragon’s Milk shipments ongoing. In any case, if you see it, grab it and enjoy this highly rated brew.
Posted by Greg at 11:28 AM No comments: 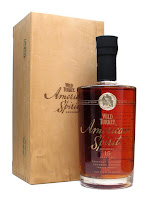 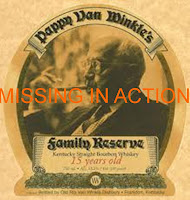 Maybe it was boredom or my creative juices, but I decided to give the blog a makeover. Still playing with fonts and colors. The old configuration didn't allow me to re-size various portions of the layout so I decided to change it up. Hope the new format appeals to the masses. Cheers.
Posted by Greg at 6:43 PM No comments: