Another year is history

I'm not going to broadcast how old I am but I did celebrate a birthday this past weekend. Now that I have less time on this earth, I decided it was time to open one of my prized semi-vintage bottles.

My bottle of Haller's County Fair Bottled in Bond has been sitting in my bunker for the better part of 4-5 years. A fellow enthusiast found two such bottles in the Northeast sitting on a small liquor store shelf for something around $15. Distilled in 1972 and bottled in 1978, this particular bottle is very unique and comes from a distillery not in operation for some time.

The provenance on this particular bourbon is a little sketchy and some information indicates it came from the old Continental Distillery (Publicker) near Philadelphia PA. The Distilled Plant Number (DSP) on the back indicates distillation took place at DSP-KY-24 and bottled at DSP-PA-12. So if you go strictly by the DSP number, it would stand to reason that this was distilled at the old Glenmore distillery in Owensboro KY and bottled by Continental in PA. Bourbon historian Charles Veach once told me that this was distilled by Charles Medley at Glenmore so all indicators point to KY and Glenmore as the origin. 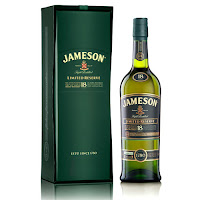 I enjoyed a moderate pour over the weekend and was captivated by the nose and entry. This bourbon is loaded with fruit like dates, raisins and cherries. There is also hints of chocolate floating around in the background. This is one of those drinks that you savor; never rushing to finish. The Haller's County will be consumed ever so slowly in order to enjoy over the long term. 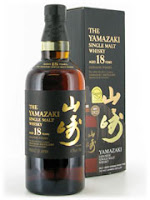 Finally, my family helped me celebrate and gifted me two bottles I've been eyeballing for some time; Jameson 18 year Irish and Yamazaki 18 year Japanese. Both distinct and outstanding in their own way. The Jameson was buttery smooth and exhibited a degree of complexity I have not typically found in Irish whiskey's.

Finally, I have to give honorable mention to a beer I enjoyed over dinner; Epic Brewery Smoked Oak. For those that enjoy a malty beer with a profile of chewy caramel, this is your beer. Very interesting and one I'll hunt down again to put in the bunker for later enjoyment.
Posted by Greg at 8:46 PM 16 comments: 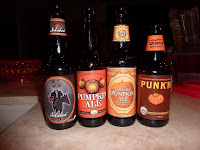 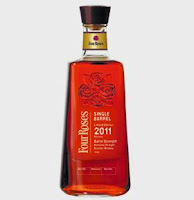