There were about 8-10 of us with one member a certified range instructor.  Two tables; one for ammunition and one for weapons.  We set up the 25 foot range that included a spinner target, paper targets, cans, milk jugs filled with water, etc. were set up in front of a high dirt backstop.

Safety first so rules included:
We started the day at the 25 foot range shooting a variety of guns that included a single action .44 Cal Ruger Blackhawk, vintage Colt 1911, Glock 17, Glock 19, AR-15 and AK-47.

After breaking for lunch, we went to the top of the property and took the AR-15's, spotting scope, shotguns and clay skeet targets.  We spent the rest of the afternoon target shooting the spinner and paper targets using the spotting scope to view accuracy.  Last, we did some skeet shooting and I found out I sucked at it.  Couldn't hit a single clay while second shooter was nailing them every time.

We had a blast and I was able to shoot guns that I had not experienced before.  I have to say, the AK-47 was a heck of a lot of fun to shoot.

Next up: Barrel picking at BT and Touring Willett 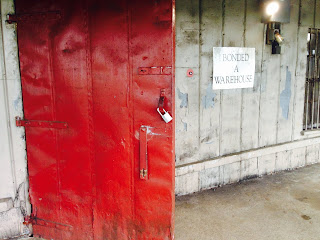 The week started off with a full day at an outdoor gun range shooting everything from vintage 1911's to AR-15's.  During the week we had some downtime with Jim Rutledge, Four Roses Master Distiller who joined us for dinner and an evening of just hanging out.  We also had a nice visit with Marianne Barnes, the new Master Distiller at the soon to be named distillery at the former E.H. Taylor Castle site and Saturday we had a sit down discussion with Jimmy Russell at Wild Turkey.  The week ended with a pig roast, tomahawk throwing competition and a whole lot of whiskey and cigars.

I'll post details in the coming weeks.  The year's trip was the best to date, but now back to the real world.
Posted by Greg at 8:39 PM 1 comment:

Last Thursday I conducted a tasting at Jack Rose Dining Saloon in Washington D.C.  A financial consulting firm I've done business with for a number of years asked that I host a tasting event for their male clients.  Throughout the year they do special events for couples and have a number of Spa days for the ladies.  The men whined a little about the lack of manly events so this was the first event for men (although plenty of woman drink and enjoy whiskey). 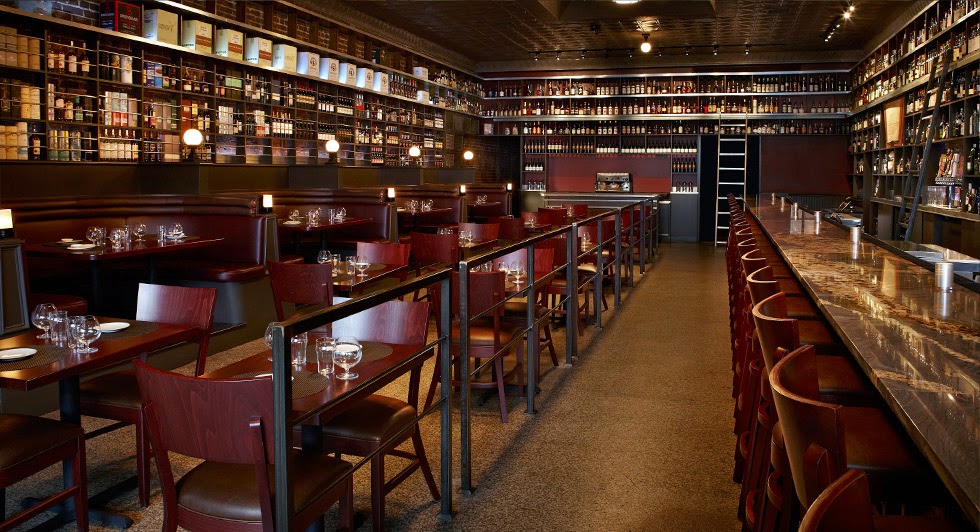 In my discussions with the client and the Whiskey Adviser at Jack Rose we settled on an American Whiskey line-up that featured Corn Whiskey all the way to Rye Whiskey in order to provide the tasters the experience of the sweet to the spice.

The lineup was as follows:

I would normally situate the line-up low proof to high proof but in this instance delivered as shown in the list above.

The Berkshire Corn was a last minute replacement since Jack Rose has had difficulty sourcing Mellow Corn which is what I originally planned to feature which is too bad because it would have been a better selection.  The Berkshire corn was light in color and the nose had a little new make quality to it.  Entry was sweet with notes of vanilla and grain but then around mid palate white dog showed up and spoiled it.  This selection needed more time in wood.

Bernheim Original was enjoyed by most because it's very approachable. Nice notes of sweet caramel, vanilla and a moderately decent finish.  This was the NAS offering.....was hoping they would have had the 7 year available.

Weller Special Reserve was liked for the most part but really wasn't as special as the name implies.  I've had bottles under the old label with the 7 year age statement on it and this release has lost a couple steps from years past.  I let tasters know that this was the same mashbill from the same distillery that makes Pappy Van Winkle and I think that surprised a few of them.

Eagle Rare 10 year was probably the favorite among the group.  Comments were made about how smooth and flavorful it was and it didn't "have that burn".

Old Grand Dad 114 was interesting because this split the group from those that liked it's robust profile to those that thought it was closer to gasoline.  This is one of my favorite value shelf offerings and it was a favorite of the JR Whiskey Adviser as well.

Rittenhouse BIB was a good rye expression (even though the percentage of rye is closer to 51%) and I like it's aggressive entry.  The Rittenhouse has always been in my bunker and was a go to for many years for sipping and mixing.  Unfortunately, in my market it's become more difficult to find.  There weren't many that liked this offering because it was too spicy and then there was "the burn".

The client suggested we do this again but next time bill it as a couples event since the ladies want to drink whiskey as well.  I'm thinking an Around the World tasting could be the next event.

If you're ever in D.C. and you love whiskey, stop by Jack Rose and explore some of the 2,000 bottles on their Wall of Whiskey.