Residing in my own back yard is Port City Brewing in Alexandria ,VA. Shopping at my local Wegmans the other day, I noticed a large beer display of numerous Port City beers with two catching my eye; Optimal Wit, a Belgian White Ale and the Porter. I decided to grab the Porter since my preference recently has run toward the darker beers.
I had not seen Port City beers before so being a local brewery, I was intrigued. The next day I pulled a chilled bottle and aggressively poured the Porter into a tulip shaped glass which produced a nominal mocha head of about one inch. The beer was dark mahogany in color and the smell coming off the head was malty and toasty. The nose on this beer was somewhat subtle but the aroma profile was noticeable with roasted malt, creamy chocolate and dark coffee.
On entry, those aromas turn into very appealing flavors as with the roasted malt and slight bitter coffee coming to the front with chocolate complementing from the background. Low hop content and virtually no alcohol coming through on the palate. This beer is medium to full bodied with very little carbonation.

I was very pleased with this beer and am especially pleased it’s a hometown brew. This beer comes in at 7.5% ABV and can be purchased in six packs for around $10.
Posted by Greg at 2:53 PM 2 comments: 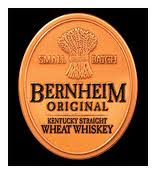 As I mentioned I've been participating in or hosting blind tastings. Following on the heels of my (provocative) Industry Reviews posting, I'm going to be posting results from a number of tastings that have been going on for the last number of months.

To set the stage, these participants are spread out across the country and conducted their tasting at their leisure over the course of a week. There was no cross-talk about the samples so each entry was submitted without knowing the brand, proof, mashbill or age. To me, this kind of tasting gives an unadulterated impression of what's being tasted and in the end, provides a more true review of the whiskey.

First up is Heaven Hill Bottled in Bond, a six year old bourbon (there's also the standard 4 year version). This bottle is a good base bourbon from Heaven Hill and is actually quite good in my opinion and for about $15, it's a real value to boot. Feedback from participants included:

"Sweet pumpernickel. Where is the ham, swiss, and mayo? Then a little fruit and maybe chocolate come through" (I told this particular joker that this is a serious bourbon tasting, not a deli counter)

"Sweet with a nice thickness. Caramel and more fruit. A nice balance of both"

This is a bourbon that can serve two purposes; mixer and drinker. First, because it's bonded (100 proof) it provides the zip to mixed drinks like a whiskey sour or Manhattan. Second, this bourbon can be served neat, bourbon and branch or rocks. Don't let the price fool you, at 6 years old, this is a good bourbon at a great price. Another Heaven Hill offering for about the same price is Fighting Cock which is 6 years old at 103 proof. Another one I use for mixing but not to drink neat. For some reason, the Fighting Cock is a little hot. If you have a home bar, this makes a good rail whiskey.

The final results broke down as follows out of 11 participant:

I'll admit in the spirit of full disclosure, I've purchased things based solely on what someone else said about it; e.g. the whiskey experts. I'm not sure the whiskey tasted better because someone else said so and I'm not sure in the end, it was a good buy. In some cases maybe so but I'd have to say I've been disappointed too many times. Whose fault is it? Mine. After years of buying and tasting I've come to one conclusion and that is the worlds best whiskey expert is………me. That's right, when it comes to who I listen to time and again, it's me and me alone. I know what I like and no matter how many taste descriptors an expert puts in their review to jazz up the anticipation, I read every review with a healthy dose of skepticism.

I'm not a conspiracy theory nut job but I have to ask the question. When a distillery or Micro reseller sends a sample/bottle to be reviewed, is it picked blind or are the selections handpicked? Based on some reviews, I'd almost have to assume the latter. Obviously reviewers always know what they are drinking. I would also argue that in some cases there is going to be unwanted influence of marketing dollars. I’ve seen some reviewer’s state emphatically that their reviews are not influenced in any way. Ok, I’ll take your word for it. But there are cases where a whiskey is “highly rated” or “ 4 out of 5 stars” or “Best of class” only to find out that it doesn’t ring my bell and when speaking to other enthusiasts, that’s the going consensus.

Here would be my challenge to any expert reviewer. Receive a blind sample and tell us the following: Approx proof, age and mashbill (Rye, Wheat) and distillery. If you're good at what you do, those 4 questions should be fairly easy to answer. How many comments of a similar nature have you seen in reviews?

"Tastes young" or "spent too much time in wood"

"This is classic <fill in the distillery name> taste profile"

So, my challenge would be this. Reviewer man/woman, take a blind sample and tell us what it is relying solely on your palate, experience and subsequent impressions. I throw down that challenge because I've done this many times and I’m certainly no expert. To get a true impression of what you are drinking, do it without any pre-conceived notions or information of any kind on the sample and see what shakes out. My bet would be nobody would be bold enough to take on that challenge (any takers????).

The title and posting are meant to be somewhat provocative and was done to generate some discussion on industry reviews. So, what's your take on experts’ reviews and how do they influence where you spend your dollars? I'm going to follow up this post with some examples of tastings I've participated in to give you flavor of what it means to taste open and blind and how our group stacked up against the experts. By the way, see here for my last posting with respect to expert reviews.