Mixin’ it up – Bourbon and Ginger Ale

As long as I've been a fan of bourbon, I've been a fan of ginger ale and mixing the two together go together like white on rice, bacon and eggs or Laurel and Hardy. There's something about a good ginger ale and bourbon that's very refreshing and delicious. Picking the right ginger ale is certainly a matter of preference and depending on the market you live in, what's available in the soda aisle will certainly limit your choices unless you order through the internet.

I'll admit that I'm somewhat of a purist when it comes to drinking bourbon which means I drink it neat 90% of the time. I don't add ice and I only add water if the proof is sky high and needs some taming (like George T. Stagg). Early in my drink 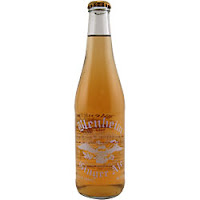 ing days, I routinely mixed bourbon and soda, whether it was cola, lemon lime or ginger ale. As I advanced, I moved on to drinking bourbon neat and only occasionally mixed with soda.

The story goes that ginger ale can trace its roots back to Belfast Ireland around 1850. A gentleman by the name of Dr. Cantrell is reported to have invented ginger ale and boldly stated so by embossing each bottle with the phrase "The original makers of ginger ale". An Oct. 5, 1878 article in The Lancet reporting on food and beverage products served at the Paris Universal Exhibition of that year stated "The Ginger-ale is a comparatively new beverage, which is apparently coming much into use, especially in winter and on board ship, in consequence, mainly, of its containing a much larger quantity of ginger than "ginger-beer", and hence acting more strongly as a cordial. Messrs. Cantrell and Cochrane, of Belfast, are also well known manufacturers of aerated and mineral waters…..the aromatic ginger-ale is evidently a specialty of the firm. They state that it is not analogous to ginger-beer, which is a fermented drink, and contains, therefore, a small quantity of alcohol, but that the ginger-ale is unfermented, and consequently non-alcoholic. They describe it as "sparkling and clear as the choicest champagne, as having a most agreeable odour, perfectly free from any intoxicating quality, and yet eminently warming and invigorating, pleasant to the taste and pleasant to look at.""

Ginger ale comes in two varieties, golden and dry. An example of a golden ginger ale would be Vernors, Blenheim, A-Treat, Red Rock and Bulls Head. A dry ginger ale would be Schweppes, Canada Dry and Seagram. I'll also mention Ale-8-One which doesn't market itself as a ginger ale but is a soft drink made with ginger and fruit juice.

The ability to try a broad range of ginger ale's is a limitation of market factors. Many good ginger ales are marketed at the local level. For instance, Ale-8-One is a Kentucky only soda and Blenheims is found in very limited markets. Large producers like Canada Dry and Seagrams are the dominate ginger ale products found in larg 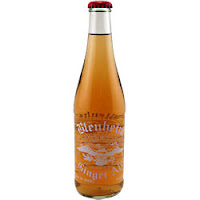 For me, my favorite ginger ale has to be Blenheims. It comes in three varieties, Diet, Not As Hot and Hot. Just so you aren't fooled, stacking up the Not As Hot against Canada dry would be like comparing Ketchup to a kickin' hot sauce. The Hot, which comes with a red cap as a warning, is mega spicy and I warn first time drinkers "don't inhale while drinking, it'll hurt ya".

My preference for mixing would be to use a high rye bourbon or rye whiskey when mixing with something mild like Ale-8-One; a rye bourbon with a dry ginger ale; and then a low rye or wheated bourbon with Blenheims. Of course, if you like self-mutilation, go ahead and mix Blenheims Hot and Thomas H. Handy, but if you do, have 911 standing by.