As many of you may know, Makers Mark announced a little over a week ago they were dropping the proof of their bourbon from 90 to 84.  I don't think Makers could have anticipated the firestorm that developed from that decision.  Initially the negative feedback on their Facebook page didn't seem to phase them.  Well, that quickly changed as days progressed. 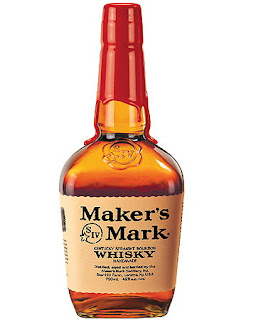 At first Rob Samuels at Makers released a statement explaining in further detail the reason why they changed the proof and to explain the process they went through to determine that there would be no loss of quality to the Makers Brand.  The 3% drop, as Rob explained, would enable them to meet market demand, which I will agree is valid reason.  I personally think the decision was the path of least resistance and cost; at least that's what they may have thought.  Brand Ambassadors and loyalists pitched a hissy fit in the ensuing days.

Well, this evening  I received an e-mail from Rob Samuels as I'm sure many of you did stating this:

"Since we announced our decision last week to reduce the alcohol content (ABV) of Maker’s Mark in response to supply constraints, we have heard many concerns and questions from our ambassadors and brand fans. We’re humbled by your overwhelming response and passion for Maker’s Mark. While we thought we were doing what’s right, this is your brand – and you told us in large numbers to change our decision.

You spoke. We listened. And we’re sincerely sorry we let you down.

So effective immediately, we are reversing our decision to lower the ABV of Maker’s Mark, and resuming production at 45% alcohol by volume (90 proof). Just like we’ve made it since the very beginning.

The unanticipated dramatic growth rate of Maker’s Mark is a good problem to have, and we appreciate some of you telling us you’d even put up with occasional shortages. We promise we'll deal with them as best we can, as we work to expand capacity at the distillery.

Your trust, loyalty and passion are what’s most important. We realize we can’t lose sight of that. Thanks for your honesty and for reminding us what makes Maker’s Mark, and its fans, so special.

My opinion of this about face is Makers saw the potential fall out of this decision and did the smart thing; eat a little crow, apologize and seek other solutions to meet market demand.  As Rob said in his note, growth is a good problem to have.  I applaud Makers for keeping the proof at 90.  I believe this in turn, will make their growth problem even worse attracting more drinkers of Makers Mark.  For all those that ran out day one of the announcement snatching up bottles of 90 proof Makers.....I hope you kept your receipt.
Posted by Greg at 9:45 PM