A friend was recently visiting from Arizona so we decided to make a run into Washington DC to poke around and see what could be found.  I have to admit between myself, my brother and other local enthusiasts, DC has been picked over pretty well.  Not to say things can't be found, which I'll show in a second, but it's getting harder to find the gems. 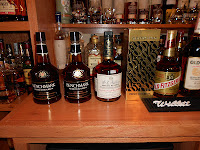 Out of the approximately 200 or so liquor stores in the city, I've hit maybe 2/3 or 3/4 of them.  Most you can walk into and within a split second know whether anything is lurking on the shelves.  There are a couple of stores that over the years have been honey holes of dusty bourbon and I hit those when I'm hunting.  One in particular I hit again on my most recent hunt and wasn't disappointed.

I'll simply call this store ACME Liquor and this particular store I've been into at least 6 times previously. Each time I've visited this particular location, new stuff is on the shelf.  The stores in this part of DC have plexiglass and iron bars in order to discourage patrons from hopping the shelf and acting up.  In any case, I've been let behind the glass many times and rummaged around the back room looking for treasure which has turned up numerous goodies.  So, walking in recently I was shocked to see yet more stuff on the shelf that I either clearly missed the previous trips or was brought in from another location.  In either case, I was there to score and score I did.  I ended up bringing home the following: 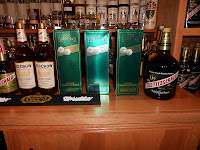 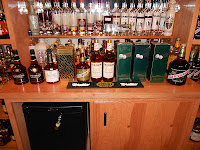 In all with tax, my out of pocket was around $170, or an average of $13 a bottle.  Not too shabby for good dusty juice.  Special mention about the Benchmark.  I ended up opening a bottle at a guys get together that evening and it was delicious.  Tons of fruit and caramel on the palate.  We had around 30+ bottles of various whiskey on the table but the Benchmark managed to get passed around frequently.